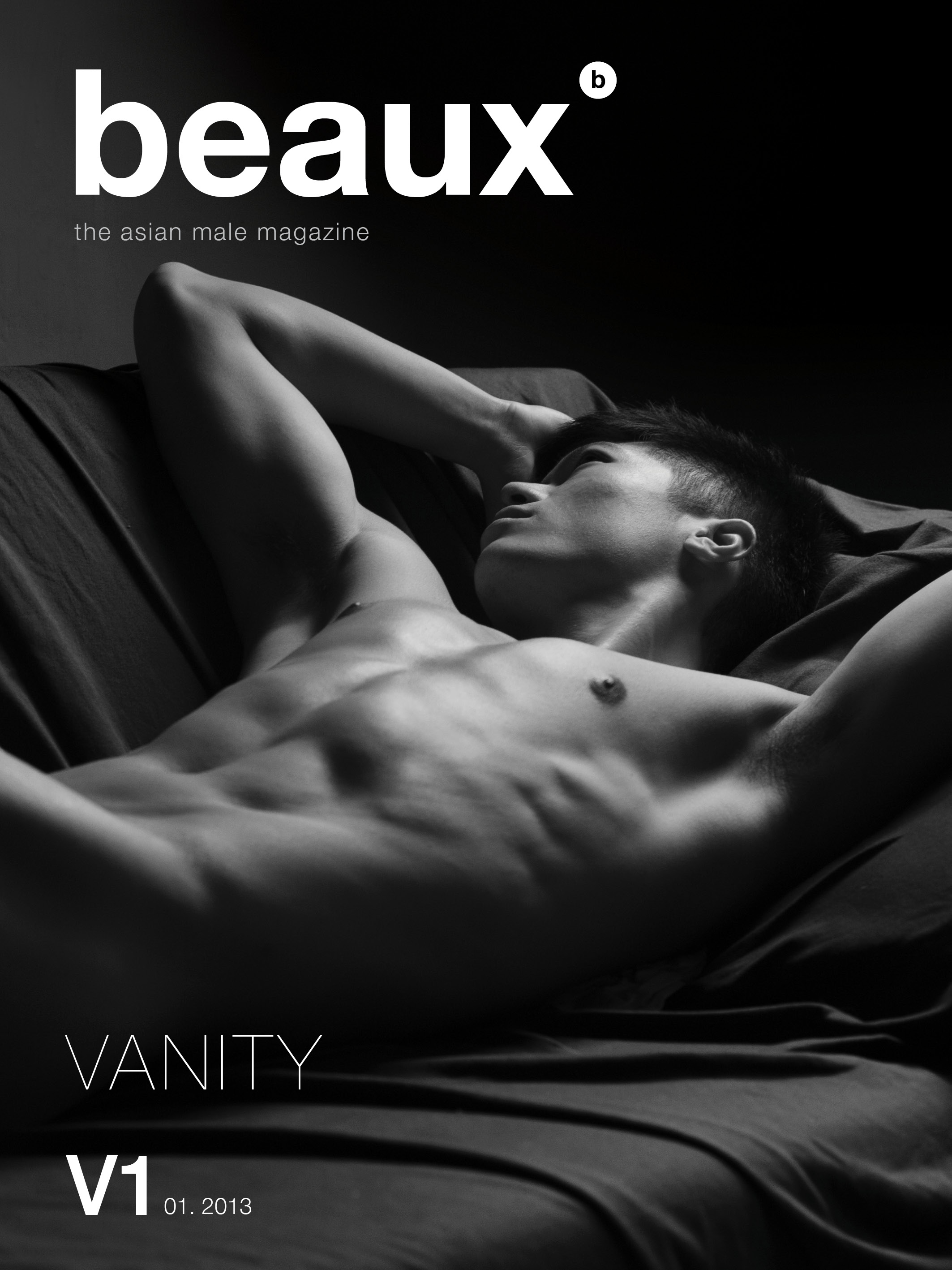 Following up on the success of his previous project, the Asian Male, Hong Kong based photographer Norm Yip has announced the release of beaux. With the theme VANITY, the first issue of beaux features over 60 photographs of models from Hong Kong, Malaysia, Japan, the USA, the Philippines, and Vietnam. Already available in all newsstands and major book retailers in Yip s native Hong Kong, beaux magazine aims to bridge a gap between the increasing awareness of the Asian male as an accepted new standard of beauty and the dearth of material paying homage to this subject. ‘I want to create something that was in alignment with what I was already working on, namely the Asian Male series’, said Yip. He firmly believes that the thirst for photography of Asian men has become stronger in the past few years; beaux aims to offer all that and more. The first issue of beaux headlines three editorials that start with clothed subjects progressively undressing to full nudity towards the end of the shoot. ‘It’s sexy, tasteful and sensual – a visual delight!’, commented Yip, underlining the theme of the first issue of beaux. In addition to the editorials, beaux also features some of Yip’s fine art photography of Asian men, including images that were taken as far back as 2007 but have never before been published. Yip added, ‘I have been saving some of these images for my third book, but eventually felt that they had to be shared in this issue of beaux. I hope this gives the reader a taste for what is to come’. Taken from the French, beaux can be taken to mean either boys or beauty. Yip explained that he has always felt that the French conveyed all things beautiful and sophisticated. beaux, foremost, celebrates the appreciation of beauty as well as arts and culture. In the section Spirit, beaux showcases a selection of Yip s acrylic and mixed media paintings. ‘This is all a part of my interest in the arts. It all comes from the same source; be it in my photography or my painting or graphite work’, said Yip. The Spirit section will continue to feature selected artist’s work in upcoming issues.

YOU MAY ALSO ORDER  BEAUX THROUGH AMAZON